Under Scott Morrison and his Government, Australian women continue to be left out and left behind.

Since March, almost 200,000 have lost their jobs and 110,000 women have left the labour force altogether. At the peak of coronavirus restrictions earlier this year, more than 1 million women had no work whatsoever.

There is no doubt that Australian women have borne the brunt of the coronavirus pandemic and Morrison recession.

But despite racking up more than a trillion dollars in debt, the Prime Minister’s re-hashed “women’s economic statement” only allocated $240 million in new funding – 0.024 per cent.

In this year’s Budget, there is no new funding for frontline service providers to support women and their children escaping domestic violence.

There is no plan to lift the permanent rate of JobSeeker from $40 per day, tackle insecure work, create opportunities for women or to improve access to childcare.

There is no plan to reduce childcare fees to support women going back to work during the deepest recession in a hundred years.

At a time when women over the age of 55 are the fastest growing demographic facing homelessness, there is no plan to build more social housing or repair properties unfit for tenants to live in.

The Women’s Budget Statement was axed by Tony Abbott’s Government in 2014. Labor has produced one from Opposition every year since. 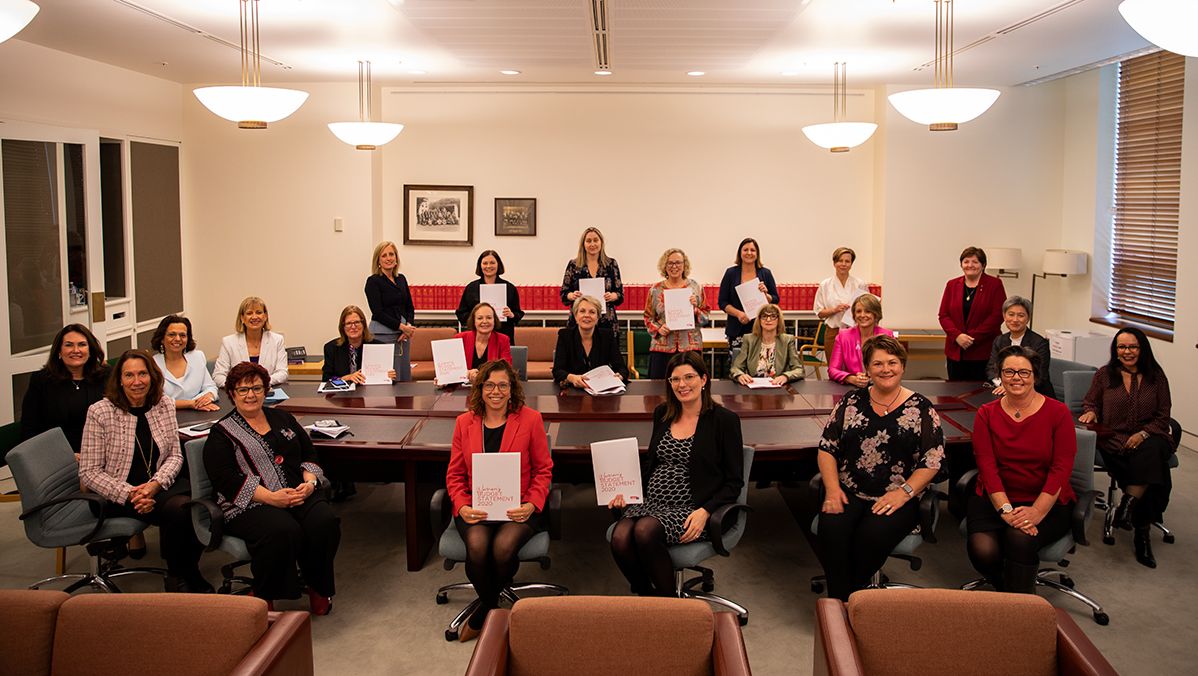 “The lives of Australian women and girls matter. If we’re elected to lead Australia, we’ll reintroduce a Women’s Budget Statement to stop women from being left behind, like they are under the Morrison Government.”

“Only Labor will make sure no woman is held back, and no woman is left behind – because it’s the right thing to do.”

“Women aren’t just facing many of the consequences of the coronavirus more harshly, we also know they’re doing much more of the dangerous frontline work to combat the pandemic.”

“The truth is the Morrison Government has taken no serious action on gender equality. It’s time to step up.”

Quotes attributable to Chair of the Status of Women Caucus Committee Sharon Claydon:

“We know the things that perpetuate gender inequality in Australia. Now is the time to re-double our efforts to set about changing them – for the Morrison Government, that means equal representation and restoring budgets that support women.”