SHARON CLAYDON WILL DELIVER FOR NEWCASTLE

At the tailend of a hard-fought local campaign and on the cusp of the 2019 Federal election, Federal Member for Newcastle Sharon Claydon has made a final pitch for the continued support of Novocastrians at the ballot box. 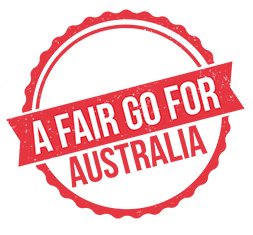 Ms Claydon said that while Liberals seemed to have had a deliberate strategy to ‘run dead’ in the local campaign, Labor would never take Newcastle for granted.

“I’m incredibly proud of the important local commitments I have been able to secure for Newcastle,” Ms Claydon said.

If elected, a Labor Government will deliver:

In addition, Ms Claydon pointed to a number of Labor’s national commitments and policies with specific benefits for Newcastle including:

Ms Claydon urged all constituents to vote, labelling the 2019 election “the most important in a generation”.

“Never has there been a starker difference between the offerings of the major parties with such far-reaching implications for the future direction of the country,” Ms Claydon said.

“Labor has presented a comprehensive, coherent vision of a fairer, more prosperous country that works for everyone, not just the wealthy few.

“Australians now have a clear choice between excessive tax breaks for the top end of town, or proper investment in schools, hospitals and the potential of Australian people.”

If you want better hospitals and schools, not more cuts – vote Labor.

If you want unity and stability, not three more years of chaos – vote Labor.

If you want to get wages moving, not more tax loopholes for the rich – vote Labor.

If you want real action on climate change, not more chaos – vote Labor.

If you want a fair go for all Australians - vote Labor.