This year’s NAIDOC Week celebrations are based on the theme of Serving Country: Centenary & Beyond, honouring all Aboriginal and Torres Strait Islander men and women who have served with honour and pride in Australia's military conflicts and engagements across the globe. 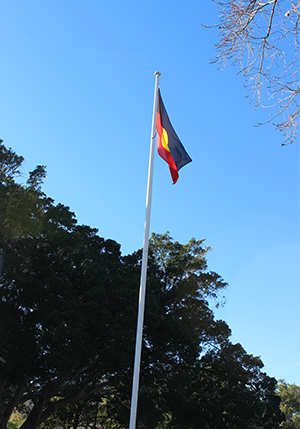 “Aboriginal and Torres Strait Islanders have served in every conflict that Australia has sent troops to. It’s a history that is broadly unknown but deserves widespread recognition,” Ms Claydon said.

Director of the University of Newcastle’s Wollutuka Institute, Professor John Maynard and Professor Mick Dodson, Director of the National Centre for Indigenous Studies at the ANU, are taking the lead on an important new research project focusing on the contribution of Aboriginal Australians to the war effort and how their service changed social and economic relations on the home front.

“The Wollutuka Institute is a leader in indigenous education and research, and under Professor Maynard’s stewardship they are now making a major contribution to our national knowledge of Aboriginal and Torres Strait Islander war-time involvement.”

“The service of Aboriginal men and women in the Great War and subsequent wars was part of an early push for recognition, and social and political change here in Australia.”

The fight for recognition continues today.

“Australian Aboriginal culture is the oldest continuous culture on Earth, dating back more than 50,000 years and it important that we recognise our long history, not just the last 226 years.”

Ms Claydon will attend and be represented at a number of events to celebrate NAIDOC Week in Newcastle, including: