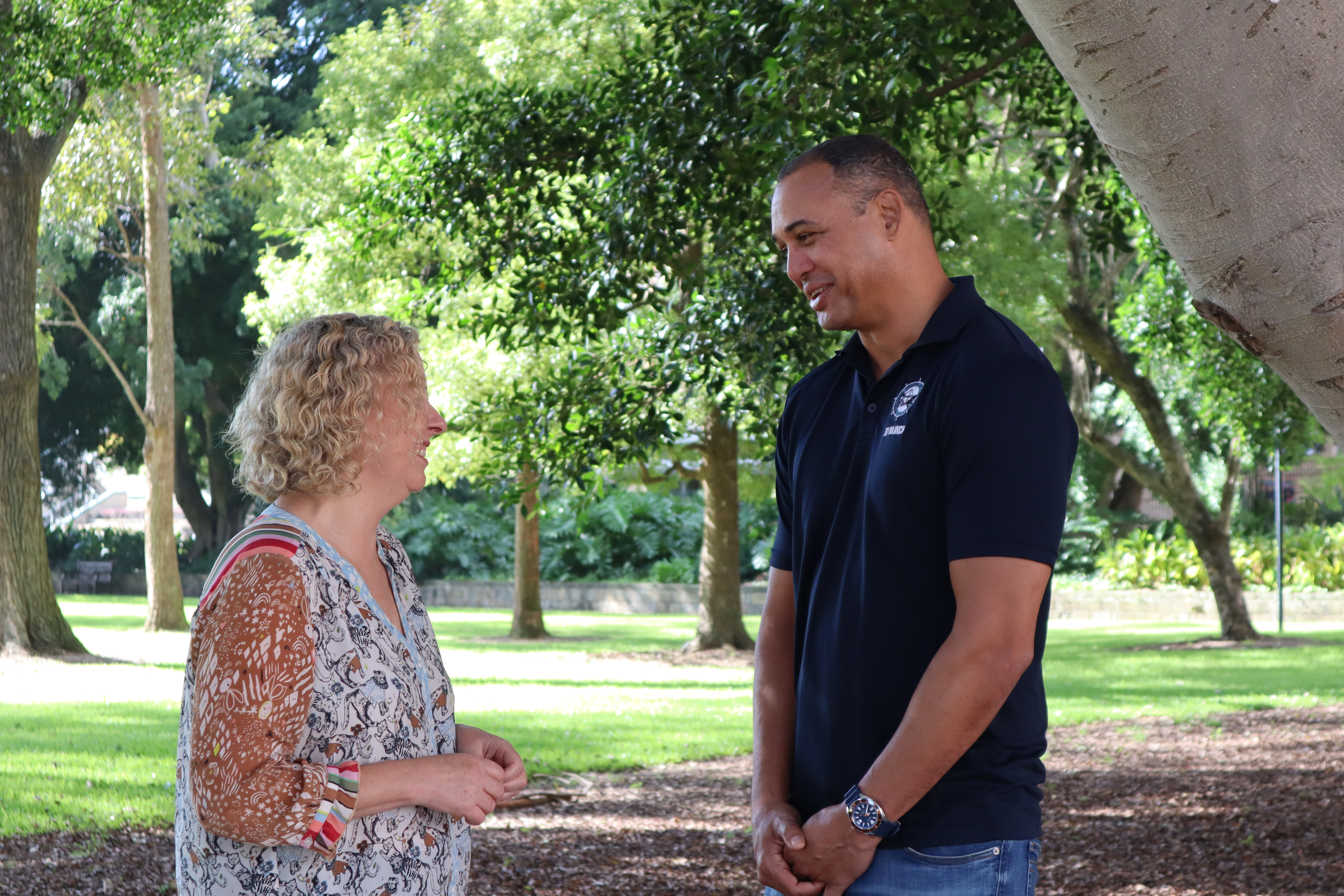 55 years ago, the nation backed-in the 1967 Referendum to change the Constitution so that the Commonwealth could make laws in respect of Aboriginal and Torres Strait Islander peoples and included them in the census. Now we have the chance to make good on the unfinished business that remains.

The Uluru Statement from the Heart represents an overwhelming consensus of First Nations peoples on a proposal for a Voice to Parliament and the establishment of a Makarrata Commission to oversee truth-telling and treaty-making.

The Uluru Statement is a generous gift to the nation - inviting us to walk together with First Nations people in a movement to build a better future.

Last night I had the privilege of hosting Thomas Mayor, a Torres Strait Island man born on Larrakia country in Darwin and author of Finding The Heart of The Nation: The journey of the Uluru Statement towards Voice, Treaty and Truth in Newcastle.

Thomas Mayor was entrusted to carry the sacred canvas of the Uluru Statement from the Heart. He embarked on an eighteen-month journey around the country to garner support for a constitutionally enshrined First Nations voice, and a Makarrata Commission for truth-telling and agreement-making or treaties.

Labor has repeatedly called for the Voice to Parliament to be enshrined in our Constitution, and if we form government at the next election, we will progress a referendum as a matter of priority in consultation with First Nations.

Labor is the only party committed to implementing the Uluru Statement of the Heart in full.

Along with truth and treaty, a constitutionally enshrined Voice to Parliament will be a momentous step towards unifying our nation and creating a shared future.

It’s time we attended to the unfinished business of this nation. That’s why I’m calling on the Newcastle community to get involved with the campaign to support the Uluru Statement from the Heart.

It’s been a long journey and there is still much work to be done.

After 55 years of unfinished business – the time for a referendum on a First Nations Voice is now.