Federal Member for Newcastle Sharon Claydon has been inundated with support for the idea of a new Post Office for Newcastle’s rapidly growing western corridor. 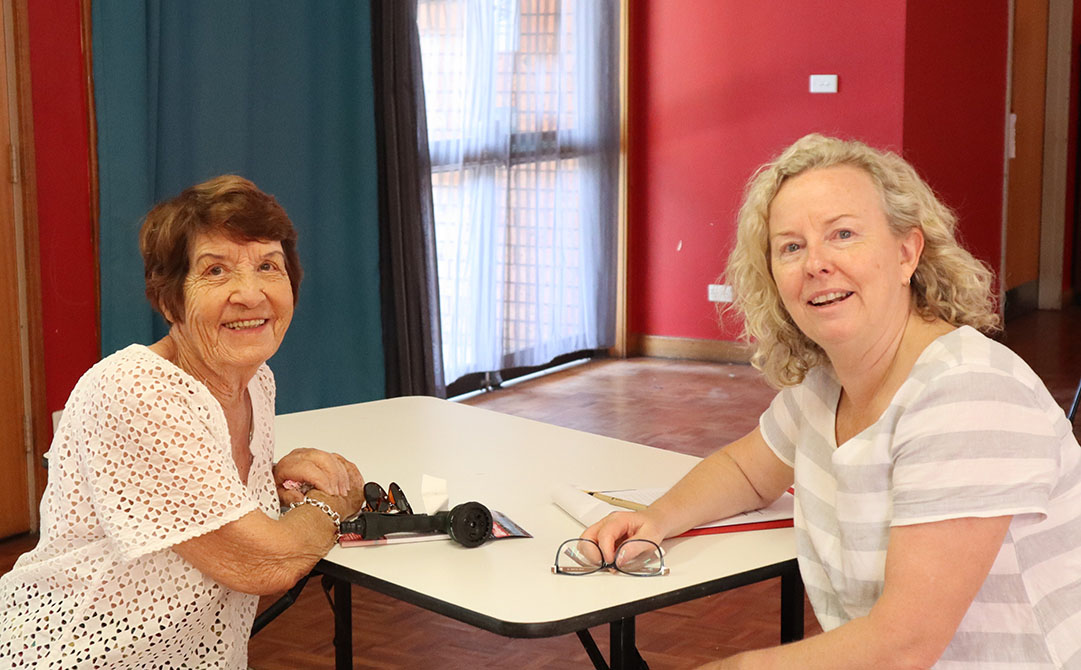 Ms Claydon called for community feedback on the adequacy of local postal services and held community offices in Maryland and Minmi on the issue last weekend.

She said she was amazed at the number of people who turned out to back a new Post Office, despite the searing 44.5 degree heat.

“Dozens of people turned out to tell me they loved living in Maryland, Minmi and Fletcher but the lack of a Post Office is a real drawback,” Ms Claydon said.

“The closest post office is at Wallsend, which is a long way to go if you rely on public transport or you’ve got mobility issues. Meanwhile, Wallsend residents are seeing waiting times and queues at their local post office grow and grow.”

One of the resident to back a new Post Office was 81-year-old June Hill of Maryland (pictured at the Maryland Community Office with Sharon), who has childhood memories of going to the old Minmi Post Office near her Grandfather’s house 70 years ago.

Ms Hill said she remembers the Minmi Post office as a beautiful old brick building and is sad it is no longer operating.

“It’s not right. We should have a post office out this way,” Ms Hill said.

“I’m one of the old school - I like to pay my bills at the Post Office. I also send letters to my granddaughter in Queensland, so I go there fairly often,” Ms Hill said.

“It’s always packed and the queues often go right up to the door.”

Ms Claydon said she wrote to the Communications Minister last year seeking advice on the process involved in establishing a new Post Office to meet the growing demand in the region.

“I haven’t heard back from the Minister yet, but given the clear demonstration of local support I will be proceeding with a community campaign to convince the Government and Australia Post of the need to deliver the Post Office that Western suburbs residents deserve.”