Poverty and, extreme poverty in particular, continues to be major issue around the world.

According to the United Nations, global extreme poverty, that is, people living on less than $1.25 per day, has halved since 1990, but more than 1.2 billion people remain in extreme poverty today. 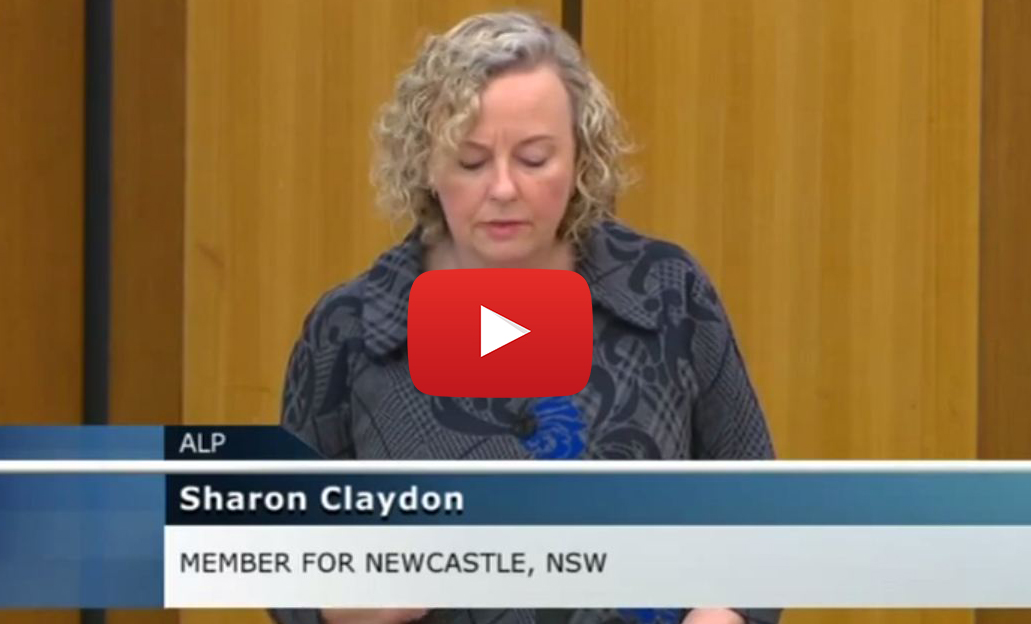 Link to clip from speech

Ongoing conflict, political unrest, natural disasters and disease outbreaks across multiple continents are putting more and more pressure on already stretched economies, and millions of people have been displaced from their homes.

According to the UNHCR, there are more than 52 million refugees and displaced people worldwide.

In Syria alone, more than 3 million people have been forced to abandon their homes and flee for their lives due to the ongoing conflict. A further 6.5 million are displaced within the country’s borders.

In Africa, the World Health Organisation, has described the current Ebola epidemic as ‘un-paralleled in recent times’ with more than 2,400 people already killed. They hope that the outbreak can be limited to tens of thousands, rather than hundreds of thousands of people.

And closer to home, thousands of typhoon survivors in the Philippines are still sheltered in tents and makeshift bunkhouses following the devastation of last November’s Typhoon Haiyan.

While adding to global poverty, these singular and often catastrophic events are by no means the root cause of poverty in our world, and there are underlying issues that also need to be addressed.

I would like to pay tribute to progressive social networks like Micah Challenge who work tirelessly to ensure our focus remains on the deeper underlying causes of global poverty.

Australia needs to strengthen our efforts at tackling poverty and injustice through the Millennium Development Goals, not renege on our once bi-partisan commitment.

The first action the Government could take is to reinstate the $7.6 billion that they cut from our overseas aid budget.

Under Labor, overseas aid helped make a difference to the lives and health outcomes of millions of people in countries like Papua New Guinea, Afghanistan and Timor-Leste.

And we near doubled Australia’s annual aid budget from $2.9 billion to $5.7 billion in 6 years of government, despite the tough budgetary environment, so as to maintain the commitment of the Howard Government to continue to raise the aid budget to 0.5 per cent of GNI.

A commitment the now Prime Minister also made before being elected - and promised to keep as late as December last year I might add.

A commitment that he has been abandoned.

A number of these contributors joined the Shadow Minister for Foreign Affairs and International Development and I last week in a public forum and raised concerns about the current state of Australia’s overseas aid budget.

The message on the day was loud and clear: as an economically rich and developed nation, Australia has a responsibility to be a global leader in delivering aid programs and funding.

I draw the House’s attention to the ongoing work of Micah Challenge, which this year shines a light on multinational tax dodging and corruption.

In their words the Shine the Light initiative has been ‘designed to tackle the scourge of tax dodging which robs developing countries on a massive scale of vital revenue for poverty reduction and sustainable human development.’

As chair of the G20 this year, Australia has a unique opportunity to influence world economic leaders in tackling this problem of multinational tax avoidance.

I welcome news over the weekend that the G20 members have agreed to implement the Common Reporting Standard on financial account information over the next couple of years.

The common reporting standard will mean that tax authorities will automatically exchange information about what individuals and companies have in their bank accounts so that it becomes much harder to hide funds.

This is a step in the right direction, but it’s disappointing to see the government dragging its heels when it comes to implementing these measures at home.

As the G20 Chair, we should be out in front of the pack, not bringing up the rear. The Government will forego millions in revenue because of its stalling to introduce this measure, giving further evidence that their Budget emergency was a concoction, and not fact.

While the G20 has agreed to this reporting standard and other measures, these changes require member countries to implement changes to their domestic laws.

It is vital that our Government to start this legislative process as soon as possible.

The Government’s track record to-date is not great, as highlighted by their walking away from the closure of $1.1 billion in tax loopholes introduced by Labor, so I do hope they take heed and get to work now.

I urge all Members of Parliament to take an active role in ensuring Australia continues to be a leader in the delivery of overseas aid programs and funding.