The Abbott Liberal Government has turned its back on Newcastle’s Aboriginal youth by cutting funds to the successful Deadly Choices program.

Despite having an in-principle agreement with the Government to continue the program in 2014-2015, the Awabakal Newcastle Aboriginal Co-Operative still has no written confirmation of funding beyond the 30 June, forcing them to end the Deadly Choices program within days. 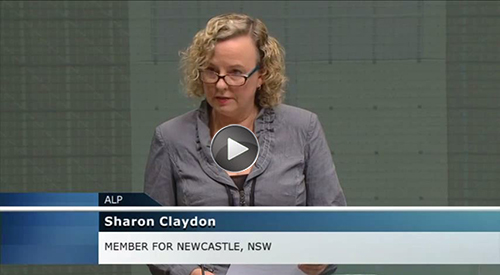 Deadly Choices was created by the Institute of Urban Indigenous Health and focused on educating and empowering young Aboriginal people to make healthy choices to help avoid long-term health issues.

Federal Member for Newcastle, Sharon Claydon, raised the issue in Parliament this week.

“This is a betrayal of young indigenous people in Newcastle,” Ms Claydon said.

“Deadly Choices was helping to Close the Gap in health inequality through education, fitness and positive role modelling measures and was starting to make a real difference."

“To tell an organisation that their program will continue to be funded and then not follow through, is a betrayal of trust. It's not the way governments should operate and it's no way to treat a dedicated and committed workforce.”

Under the Abbott Liberal Government, the Indigenous Affairs portfolio is now overseen by the Prime Minister’s own department.

“The Prime Minister needs to step-up and start delivering for indigenous people in Australia. But Tony Abbott has instead opted to cut more than $500 million from programs that support Aboriginal and Torres Strait Islander peoples in his first budget, leaving organisations like Awabakal hanging in limbo, starved of funds.”

“If this Government is serious about closing the gap, they need to start acting now and they need to support successful preventative health programs like Deadly Choices."

"I call on the Prime Minister to honour his government's in-principle agreement and secure funds so that the great work of Deadly Choices can continue beyond next Monday. Please Mr Abbott, no more broken promises, no more excuses.”